I will be holding a constituency surgery on Bute, on Friday 24th June ,at 2pm in Eaglesham House. Please contact me if you would like an appointment. Coastal fatality figures released on 9 th June by the Royal National Lifeboat Institution (RNLI) show the number of deaths at the UK coast reached a five-year high in 2015, with 168 people losing their lives. END_OF_DOCUMENT_TOKEN_TO_BE_REPLACED Poppyscotland’s Count Them In campaign:

SNP Defence Spokesperson, Brendan O’Hara MP, has declared his support for The Royal British Legion and Poppyscotland’s Count Them In campaign, which calls for questions on the Armed Forces community to be included in the next UK Census. END_OF_DOCUMENT_TOKEN_TO_BE_REPLACED Early start this morning in Helensburgh campaigning with the local branch for a Remain vote on June 23rd. 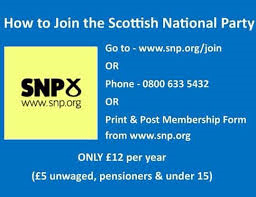